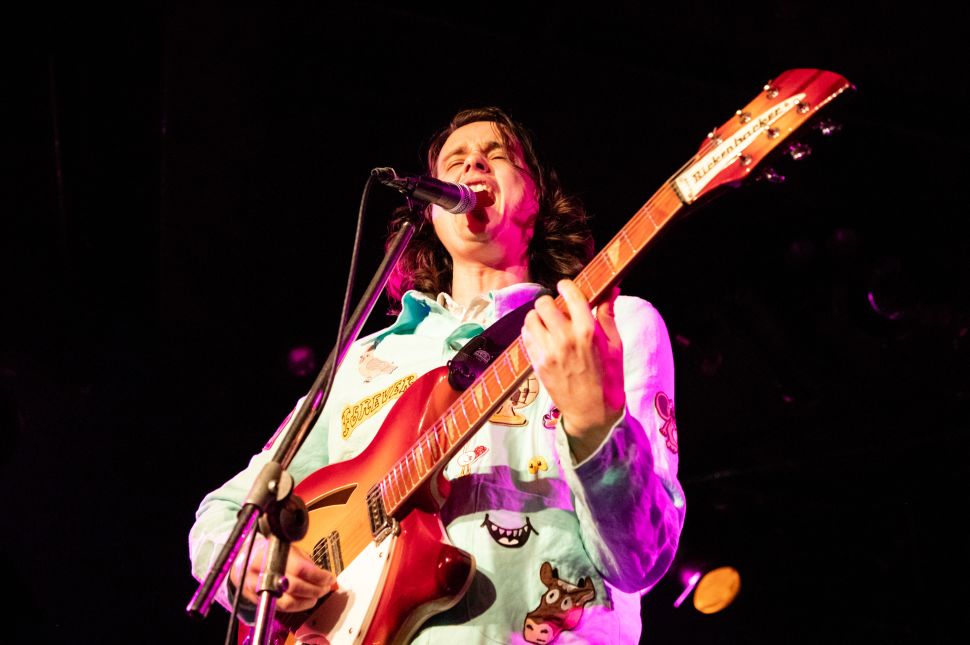 The sold out Saturday night starts with Family Jordan, their country roots creating a regional pub feel with a couple blissfully dancing among the audience. Jordan Rochfort leads the band with confidence as the punters come piling in. “Do you want to see a bowling ball impression?” asks Rochfort. He sticks his two fingers in his eyes and his thumb in his mouth – great random humour as the many relaxed faces in the crowd wait for The Murlocs to spice things up.

It doesn’t take long for the night to heat up once Nice Biscuit kick off their set. As soon as the two fabulous frontwomen Billie Star and Grace Cuell walk on stage, all eyes are starstruck by their glittery black jumpsuits, matching chokers with long, silver fringes, crescent moon and star earrings and white go-go ankle boots. They take the audience’s breath away with their mesmerising synchronised movements and harmonised vocals. The band’s cosmic indie-pop takes everyone on a journey through space and time, and when the Nice Biscuit spaceship departs they leave the crowd in awe. 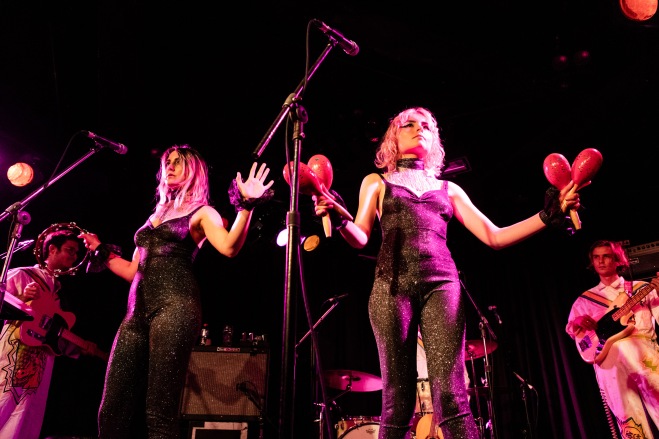 The red curtain opens and The Murlocs greet the full house with Noble Soldier – “So it goes, alcohol takes another soul.” The mosh pit is in full swing after the first song and crowdsurfers float towards the front. Singer Ambrose Kenny-Smith wears a blue jacket covered in cartoon animal patches with the band’s new album title, Manic Candid Episode, printed on the back, while the rest of the band are wearing uniform black shirts and blue pants. Manic Candid Episode as a whole delivers a blues-infused rock party that hypnotises people. The psychedelic distortion of rhythm and blues on stage is persistent throughout the night, causing extreme headbanging and unified jumping, with Kenny-Smith’s harmonica adding more fire to the explosive, mind-bending set. 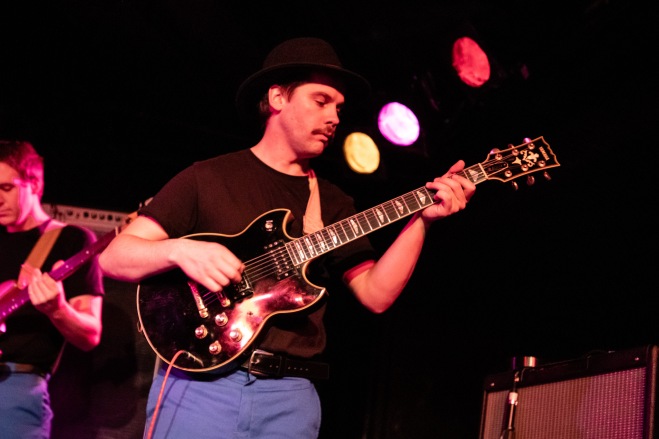 Moving closer to the audience during Withstand, Kenny-Smith removes the mic from the stand and places the lead on top of his shoulder. He stands on the edge of the stage, looking out into the packed room as they sing along, both parties feeding off the other’s energy. Emotional, slower-paced song Comfort Zone see the frontman removing his jacket and revealing a white embroidered western shirt with “UNCLE MURL” written on the back. People sit on their mates’ shoulders during the track, arms (and some empty beer glasses) swaying in the air. Another highlight is watching Kenny-Smith’s quirky moves, hips shaking and arms twisting along to songs like Snake In The Grass, Old Locomotive and more gems.

When the night finishes, psyched-out fans leave on a high. 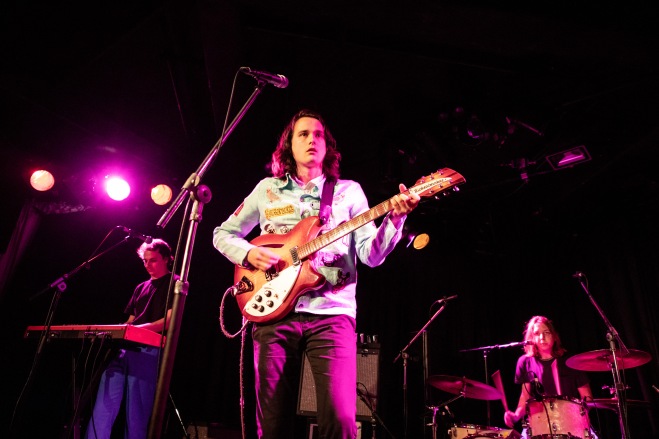 Written by Alicia Ogley for The Music

All photos by Joshua Braybrook