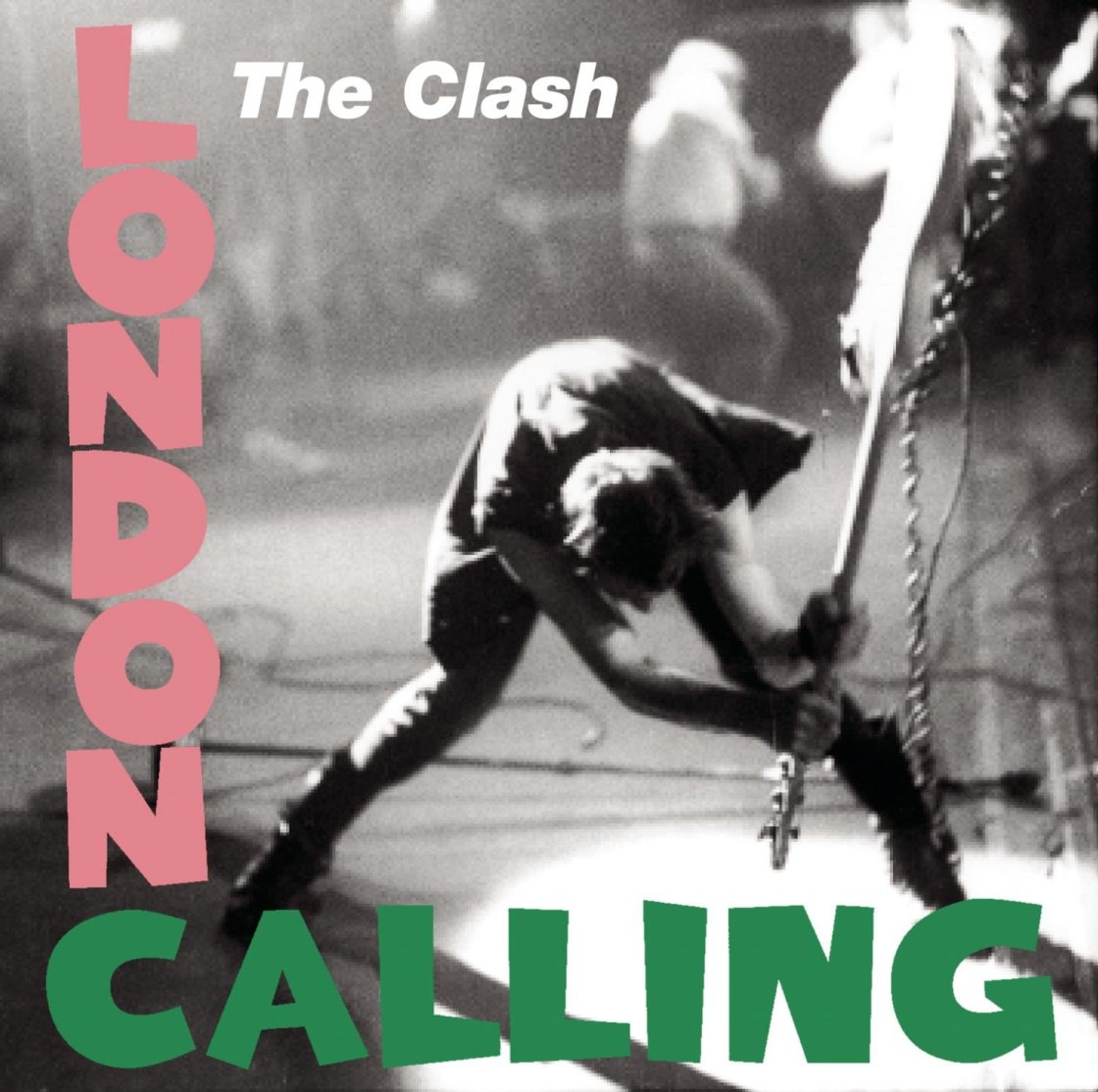 Happy 40th birthday, London Calling! Yep, on 14 December, 1979 this Clash masterpiece hit the streets. The album reached number nine and the self-titled single reached number eleven on the UK Charts. Since then, London Calling has passed through generations with fans of all ages loving the all-time classic album.

Pennie Smith captured Paul Simonon smashing his bass on film. Little did she know it would become one of rock ‘n’ roll’s famous photographs of all time… and the cover of the Clash’s third album, London Calling. “It was complete frustration. Listen, we were used to playing with the audience right there in front of you… At the New York Palladium the audience might just well have been a mile away. You end up feeling as if you’re going through the motions. That’s sparked me up and really annoyed me; it was out of frustration I did it.” Simonon told Pat Gilbert in the Clash biography Passion Is A Fashion: The Real Story of The Clash.

The image of Simonon smashing his guitar with the pink and green cover lettering imitating Elvis Presley’s first LP sends a slight misconception of what the album sounds like. It would be easy to assume that the album is going to be full of punk and angry songs but it’s quite a mature album for the Clash.

The band were at a really low point in their career when they started planning London Calling.  Their manager Bernie Rhodes was out of the picture, they changed studio, their record company lost interest in them, the punk scene was changing and they matured as musicians. Joe Strummer tells Chris Bohn from Melody Maker, “economically, we were really tight at the time. This LP woulda been our last shot, never mind if we didn’t have the spirit for it, which we did. I don’t know why but the problem seemed to relax us, the feeling that nothing mattered anymore, that it was make or break time… desperation. I’d recommend it.”

After their American tour it looked as if things were falling apart but the energy in the studio, recording London Calling gave the band the freedom they needed. The absence of Rhodes meant the atmosphere was less harsh and more inclusive. The band became one and started sharing ideas, experiences and personal stories. Mick Jones says in the Clash biography Passion Is A Fashion: The Real Story of The Clash, “We’d experienced a lot, had our ups and downs, and that colours your music. All those experiences go into the record you make. We were boys before, now we were me. [laughs] I think America had a lot to do with that. We realised it was a bigger world – and a more serious world than our little world”.

There were no boundaries in the studio so the band experimented with jazz, soul, reggae, rock and R&B. Drummer, Topper Headon finally felt appreciated personally and musically. Headon explains in Passion Is A Fashion: The Real Story of The Clash, “Bernie didn’t respect me as a musician. He thought drummers were a ten penny. Before London Calling, I thought we hardly knew each other as a group. That was the first time we’d all contributed to the songs. We actually got to know each other for the first time.”

Producer, Guy Stevens helped create the energy in the studio to produce high-spirited music. “London Calling was a joy to do because Guy Stevens was a lunatic. It would end up being the last album Stevens would ever produce – In 1981, he fell down a flight of stairs and died. 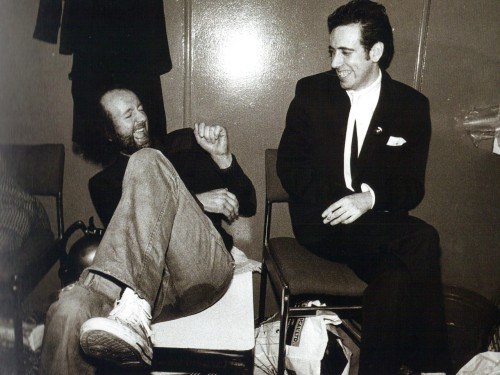 I remember when I first listened to London Calling. I was 16 and just got back from the shops. It was a Friday night and I was still in my school uniform. Why? I couldn’t wait any longer I had to listen to the album I just bought that I’ve read so much about from magazines and books. I put it in my CD player and sat on my bed with my legs swinging to the many songs on the album that I will carry with me for the rest of my life. Now, I’m 23 and I’ve listened to London Calling repeatedly since then. It still gives me excitement and a reason to love music.

The album features 19 songs, all are worthy talking about but I don’t want to bore you to the ground so here are my top five favourite songs:

The album starts with the self-titled track London Calling. The drums and guitars hitting your eardrums in unison along with the deep rumbling of the bass. It’s cinematic. It sends adrenaline through your veins. The lyrics reflect on the chaos the world was experiencing at the time, including the climate and the rise of Margaret Thatcher in England. The song makes you want to walk the streets cause havoc. It screams fearlessness. I first heard the song in the film Billy Elliot. I was 10 and the song matched the scene perfectly. I immediately started nodding my head to the raucous beat.

Jimmy Jazz starts with slow and relaxed chords, a walking bass, whistling and background noise of a pub setting with clinking glasses. The song shows Strummer scatting like a jazz man. It’s a fun song and you can already sense that the album is going to be stylistically versatile.

The skanking song Rudie Can’t Fail iss a celebration of the rude boy culture. It’s quite known how Jamaican music inspired The Clash musically and personally. Don Letts was the videographer of many music videos for The Clash and a friend of the band. He shares with Uncut, “It just sums up that moment when we were turning each other on to our respective cultures. I think that was written in the summer when Joe and Paul were going to a lot of reggae shebangs and blues dances, partaking in herb and brew and being turned on by West Indian culture. At the same time, me and my mates were being turned on by them. We became closer by understanding our differences and not trying to be the bloody same.”

Clampdown sees the guitars turned up criticising capitalism that grinds you down when you enter the workforce. Working-class rebellion at its finest. One of my favourite Clash songs. The Clash really nailed the lyrics. My personal favourite: “Let fury have the hour, anger can be power, d’you know that you can use it?”

Simonon steps up to the plate with the song he wrote and sun, The Guns of Brixton. The darkness along with Simonon’s fantastic bass line. The song has a strong reggae influence inspired by Simonon’s upbringing in South London. A Jew’s harp can also be heard in the song and adds a nice touch to the mysterious feel of the song. It’s refreshing listening to Simonon’s vocals as his accent shines through the song.

Wrong ‘Em Boyo is the second cover on the album by Jamaica’s The Rulers. The Clash change the song up a bit with the sax arrangements. This song is so much fun. I never paid much attention to it until last year when I found myself listening to it on repeat thinking “I can’t believe I used to skip this song!”Before you judge, we’ve all been there when you suddenly realise the song you’ve been skipping this whole time is in fact a great song.

“And it’s been tested by research that he who fucks nuns will later join the church” is a cheeky bit of Death or Glory. The song relates to the failing responsibilities of adulthood. The catchy guitar riff and chorus will stay in your head for days. I have found myself randomly singing “Death or Glory! Becomes just another story” many times.

I’m Not Down is a song that I reach for to give me that extra boost in life when I’m feeling down. Jones gives us an example of soldiering through the tough times “like skyscrapers rising up”, Jones screams “floor by floor – I’m not giving up!” My favourite part is when Jones repeatedly sings “I’m not doooown!” The defiance in his voice transcends through to us like an encouragement.

Revolution Rock is a cover by Danny Ray and the Revolutioneers. It’s about freeing yourself from your inhibitions. The delight in Strummer’s voice as he sings “everybody smash up your seats and rock to this brand new beat” Is enough for anyone to follow suit. The horn arrangement helps relieve the tension that’s on the listener’s mind.

The final track on the album Train in Vain shows sorrow from losing a girl “All the times when we were close, I’ll remember these things the most, I see all my dreams come tumbling down, I can’t be happy without you around” the harmonic along with the guitar chords is instantly appealing.

The whole album is brilliant and memorable. It’s a lot to take in so every time you listen to it your love for it grows stronger and stronger. The fact that the Clash were able to produce an album this great during a rough patch is inspirational on so many levels.