Punk Culture from the Lens of Photographer, Adrian Boot

Sunstudios in South Melbourne are hosting a punk exhibition called Punkulture: Images from a Musical Revolution. The exhibition showcases the birth of punk, the punk movement, the concept of DIY and features photos of many punk legends like The Clash, Sex Pistols, Blondie, Siouxsie and the Banshees, The Damned and many more by photographer Adrian Boot with words from Chris Salewicz. The exhibition finishes on 14 September, so get in quick!

Punk culture emerged in the mid 70s and involves anti-establishment views and encourages individual freedom. It’s a loud and aggressive form of rock music with controversy. The punk movement had its own style, artwork, fanzines and views on politics.

Adrian Boot is deemed as one of Britain’s best know music photographers and you will see why when you see his photographs. In 1970, after completing university he moved to Jamaica to teach physics. He later returned to Britain to freelance for The NME, Melody Maker, The Times, The Guardian and much more. He has also written many books like Bob Marley, Soul Rebel – Natural Mystic (with Vivien Goldman), Punk: The Illustrated History of a Music Revolution (With Chris Salewicz), Jimi Hendrix: The Ultimate Experience (With Chris Salewicz) and Bob Marley, Songs of Freedom (with Chris Salewicz).

In an Interview with Noctis magazine, Adrian Boot said “Punk was virtually exciting and I wanted to photograph it. It was a great story and it crossed over into reggae. Punks and Dreads all lived on the same council estates, had the same problems and listened to each other’s music.” He also expressed in the interview that “young people then and now can create something important, change society and make history against all the odds and in the face of criticism and put down.”

The exhibition itself shows that punk is still relevant today and why it’s appreciated by people of all generations. I went to the opening night and was in the presence of people from different generations and saw the importance of punk back then and now. There are a lot of Clash photographs, as a big Clash fan it made me extremely happy.

You can also purchase the photographs at the exhibition if you have the money for it. There’s a limit of twenty copies per image. $829 framed/$629 unframed.

I highly recommend visiting the free exhibition if you’re in the area. There’s only 4 days left till it packs up! If you can’t make it then please feel free to look up Adrian Boot’s photographs, you won’t be disappointed! 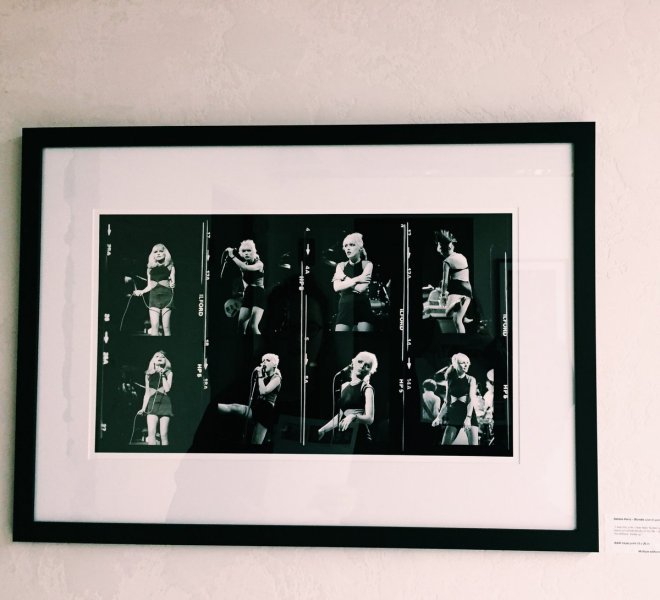