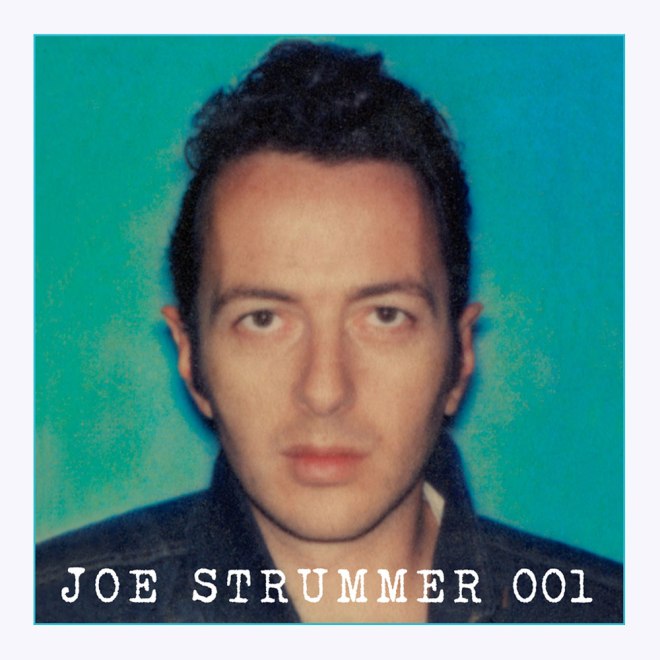 As a Joe Strummer fan, I was excited, intrigued and nervous about the release of Joe Strummer 001, a compilation of his songs outside the Clash circle as well as unreleased song from his vault. I had previously heard of his songs from the 101’ers, his song Love Kills and his songs with the Mescaleros. I had briefly read about his soundtracks for films also but hadn’t listened to them. I read Chris Salewicz’ biography of Strummer Redemption Song The Definitive Biography Of Joe Strummer and thoroughly enjoyed it. Salewicz (Strummer’s friend and trusted journalist) gave us fans an insight of the life of Joe Strummer with lots of highs and lows. Here I have collected 10 of my favourite songs (not in order) from the compilation. It was a tough pick as I genuinely loved all of it.

Strummer is no stranger when it comes to embracing culture through music and it clearly shows in this compilation of his songs. It is difficult to sum up his songs in one sentence as he had an eclectic variety of sounds but his lyrics remain strong. “Well, so long liberty Let’s forget you didn’t show Not in my time But in our son’s and daughter’s time When you get a feeling Call and you got a room”.

Letsgetabitarockin kicks of Joe Strummer 001 with rhythm and blues. Strummer was a squatter in London on 101 Walterton Road where his band the 101’ers was formed in his basement/bedroom in the summer of 1974. During his pub rock scene, Joe Strummer’s name was created after his previous name, Woody Mellor. The art school student lived as a squatter since early 1973 which hundreds of people around the UK did in those days. His squat became the band’s hang out and where they performed.

After the Clash’s break up in 1986 Strummer stepped inside a studio to record Love Kills. Sid and Nancy is a film based on Sid Vicious and Nancy Spungen’s relationship which caused a lot of controversy at the time. Strummer’s song Love Kills was for the soundtrack of the film. Glen Matlock was hired as the film’s music supervisor and also created a song called Love Kills for the film but Strummer’s song won and Matlock was pissed. The film’s director, Alex Cox was quoted in Salewcz’s biography of Strummer that the punk singer was “very attached to the Sid and Nancy project. He came and wanted to hate it. But didn’t.” The song itself is another catchy tune but very 80s with the distinct booming drums and guitar. “But if my hands are the colour of blood. Then, baby, I can tell ya sure I can tell ya love kills.” Like a lot of Strummer’s songs there are a lot of instrumental layers in his music. There’s a solid rhythm throughout the song which adds to the catchiness of the tune. Strummer’s vocals are very powerful and gives the depressing story justice.

The next adventure Strummer ventured to was creating a soundtrack for his next film Walker directed by Alex Cox which was filmed in Granada, Nicaragua in 1987. The musician turned actor and played the role of Faucet, a cook in Walker’s army where he grew a beard. He was 100% involved in the film which was a great distraction from his personal life as his mother had recently passed away. His vision of the song Tennessee Rain was to combine native Nicaraguan sounds with American hillbilly music of the 1850s. The song itself definitely has a western life feel to it. The mandolin and harmonica definitely makes the music.

Strummer was clearly on a roll as he continued to create soundtracks for films. His next project was for the film Permanent Record and starred Keanu Reeves and told the story of teen suicide which is a subject that Strummer held deep within his heart as his brother committed suicide back in 1970. According to his girlfriend at the time Danielle Von Zerneck, “we went to Paramount to see a rough cut. During the film Joe was crying, tears pouring down. He said “I’ll do it” It really resonated with him.” Joe Strummer and his new band Latino Rockabilly War created the song Trash City and the rhythmic song made a great soundtrack to a deep and melancholy song. “Crying to the girls won’t you leave me alone. Makin’ love in the graveyard with cockroach bones.” Many people have dubbed this song as “the last great Clash song” which makes you think, what a pity!

In 1996, Strummer featured in the American adult cartoon sitcom, South Park and of course he wrote a song for them, It’s A Rockin’ World. The song was recorded with Red Hot Chili Peppers bassist, Flea, Rage Against the Machine’s Tom Morello and produced by Rick Ruben. It’s a fun and fast paced song with stand out lyrics in the chorus “It’s a rockin’ world, make no mistake about it It’s a shockin’ world, could be what’s so great about it It’s a rockin’ world, there ain’t nothing fake about it.”

One of my favourite Strummer songs is Johnny Appleseed. A song he played with his band the Mescaleros. The modern folk classic is about finding what’s good in the world with the lyrics “If you’re out there getting the honey, hey Then you don’t go killing all the bees.” The song features on the album Global a Go Go in 2001. After struggling to find his feet musically on his own his band The Mescaleros came in to save the day “joe was very excited by The Mescaleros” Strummer’s widow Lucinda Tait told Salewicz “he had real, proper musicians. I think he quite liked being the elder statesman. I think he felt he had earned that position and he was comfortable with it.”

From his archive, When Pigs Fly is a song Strummer created for the film directed by Sara driver called When Pigs Fly about and Irish ghost story starring Marianne Faithfull…. However, wasn’t used in the film, unlike two of his songs Pouring Rain and Rose of Erin. WHAT!? It’s a corny but sad  melancholy song which sounds like a song written and produced late at night with deep thoughts. The saxophone adds flavour and sorrow. “One of the reasons I wanted Joe to do the music for my film “was not only because of his knowledge of Irish music, but because he was like an archaeologist with music. He had such a love of different kinds of music that would influence his work. He would layer them, like an archaeologist.” Driver told Salewicz

Another sombre song in Strummer’s song collections is The Cool Impossible, a moody, jazz song about a morbid thought on past success “Because they’re sick of hearing about it. So rev your motorcycles and piss against the wall. I know about a man who lost it all. Suddenly it all becomes probable, possible. A certainty surely. When you’re riding on the crest of the wave. You’re riding to the top of the world. You’re throwing cool shapes and you’re letting it spin. When You’re riding on the crest of a wave. To the stone cold cool impossible.” A key Clash figure that came back into Strummer’s life, Cosmo Vinyl told Salewicz “I thought The Cool Impossible sounded very where he was.” This song from his archive gives us a glimpse into his depression and the hard core realness of the punk icon.

“They’ll be ready when the situation heats. I’m saying only the brave can take care of a city and be ready to face the flame without pity” The song London Is Burning was a song preview of this compilation of Strummer’s great songs outside the Clash. An early version of what would become Burnin’ Streets on Strummer’s last album, posthumously released. This archive song is more rock-oriented initial take than what ended up on Streetcore in the end. This song in a way reflects on the UK now with Brexit on the horizon. Strummer was ahead of his time which shows how powerful he could’ve been today.

The final song of Joe Strummer 001 is a song that Mick Jones and Joe Strummer collaborated in 1986 called U.S North. The song is very repetitive but it’s still great to listen to and reminisce on how they fit musically together despite their tough times. The music does sound a lot like Big Audio Dynamite but it has Mick Jones so it’s a no brainer. The recorded the vocals separately but it sounds like they are together in the studio having an enjoyable time. Each to their own imagination, hey? It’s great that the compilations creators left the song to the end because it is a special song that was saved from his archive. “take it from me, take it from me the road ain’t what it used to be. I been there, I been there standing at the top of the stair. When you’re high better say bye bye cos stars are always fallin’ from the sky.”

Overall, the compilation is phenomenal for fan of Joe Strummer. The title itself suggests there’s plenty more to come considering there’s 20,000 items in his archive. You never know with Joe Strummer.